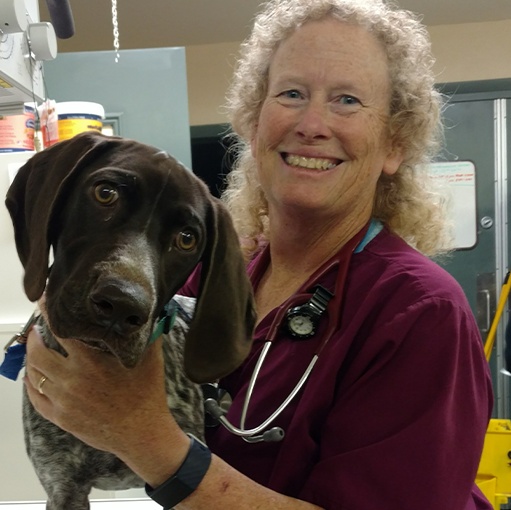 Dr. Abt graduated from the University of Pennsylvania School of Veterinary Medicine in 1989, her undergraduate degree is from Penn State University. She grew up in the suburbs of Philadelphia, after graduation she moved to Indiana, PA, where she joined a 3-doctor mixed practice for a year. Later moving to Murrysville where she joined a then 4-doctor small animal practice which over the next 24 years, grew to be a 7-doctor team. After two decades of being inside the same 4 walls, She decided to follow her dream to become a mobile Veterinarian. So, she created 4 Feet & Fur in October of 2013. She has special interests in Dermatology and Animal Behavior. Dr. Abt recently celebrated our 20 year wedding anniversary and is a proud mother of 5 dogs and a cat, of course!