Same-day booking available in most locations. 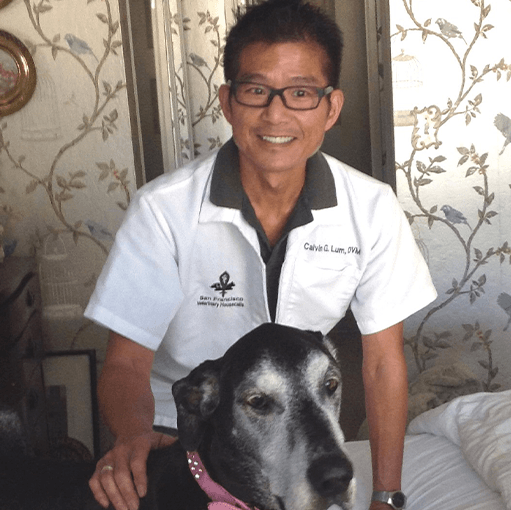 Dr. Calvin G. Lum, a San Francisco native, was awarded the Doctor of Veterinary Medicine (DVM) from the University of California at Davis in 1987. As a young child, he developed a strong curiosity and love for animals. His growing interests in teaching, biology, and physiology led him on a natural course to a career in veterinary medicine. He completed his double baccalaureates in Zoology and the Biology of Natural Resources at the University of California at Berkeley. Upon receiving his DVM, at UCDavis in 1987, he completed an informal internship at a small animal practice in Los Gatos, CA.

Dr. Calvin G. Lum then spent 10 years in a small animal practice on the Peninsula, in Redwood City, CA, and eventually relocated back here to the City By The Bay in 1998. He practiced in multiple brick and mortar clinics before embarking on his own housecall practice.